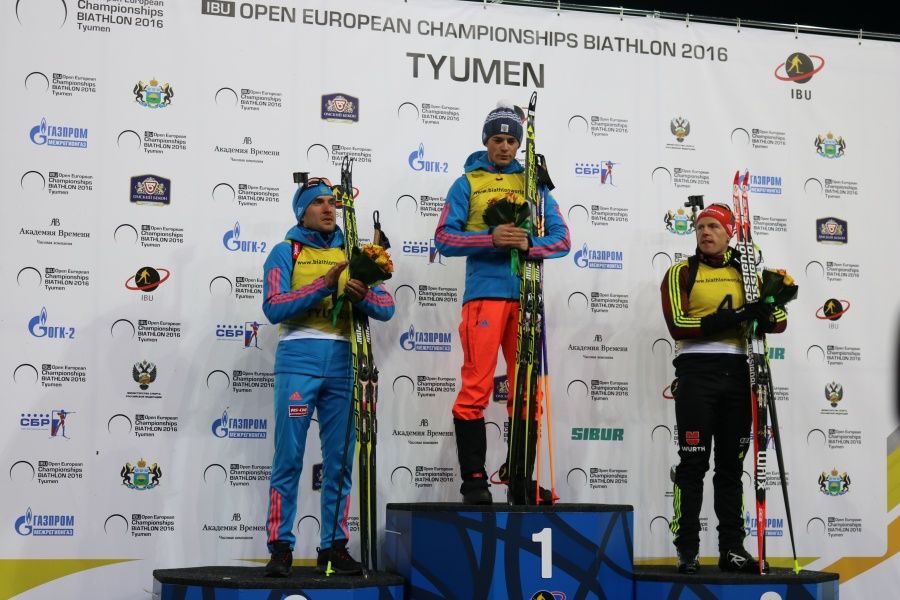 From the very beginning of the race Garanichev and Babikov tried to keep close to L'Abee-Lund. However, Norwegian athlete missed two targets on the first shooting and lost his leeding position. Later Russian duet showed clean shooting thus not allowing other athletes to catch them. On the last shooting range both Garanichev and Babikov had 1 missed target, but they had a substantial gap from other athletes giving them no chanses to chase the leaders. As a result, Anton was faster at finish, thus becoming a two-time champion of Europe. "Zhemchuzhina Sibiri" full of spectators was roaring with excitement!

"My and Evgeny's tactics supposed a substantial increase on the last lap. So we had enough strength before finish" - said the winner of the race. 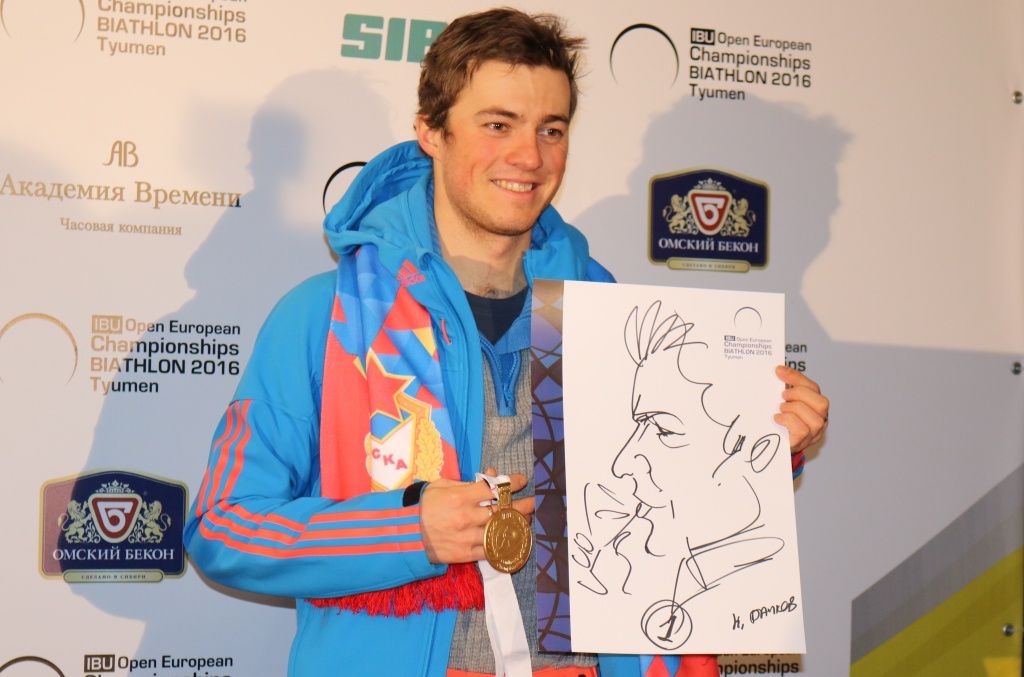 "Of cause, before the championships I supposed that I had some chances for medals in Tyumen. I will not participate in the last race of European Championships as I need to have some rest before the World Championships in Oslo, so for me these competitions are over" - said Evgeny Garanichev.

Bronze of the race was won by Florian Graf that started 4th. "I am really satisfied with my third position, this is really important for me. It's a great date indeed", – shared his impression a medalist.