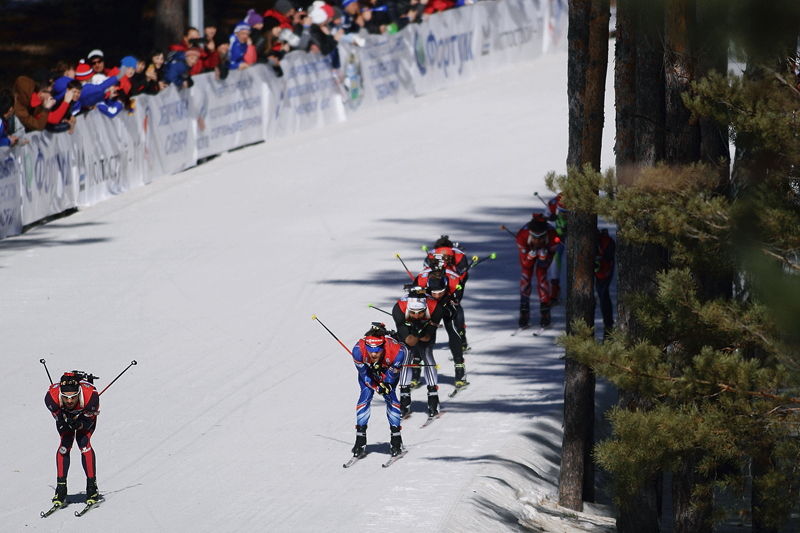 Each team competing in the single mixed relay is comprised of one woman and one man. They complete several ski loops tagging off to each other in a hand-over area. By the way, such race format is very popular for traditional biathlon race show “The race of champions”. The first super mixed relay was held 13 years ago in Germany as a Christmas race.

In the previous season the discipline had its debut on the Biathlon World Cup in Nove Mesto. Russian team comprised of Alexey Volkov and Yana Romanova celebrated victory in that race. However, recently the success was not on the side of Russians. Anton Shipulin and Yekaterina Shumilova finished 5th, 41 seconds off the leader – the team of Norway.

On February’24 Tyumen will host a real historical event for biathlon. Single mixed relay will have its debut on the European Championships. The race will start in “Zhemchuzhina Sibiri” biathlon complex at 3 p.m. (local time).

Write a comment
DMITRY GUBERNIEV: IN TYUMEN WE WILL SEE THE TOP BIATHLETES OF THE WORLD
TICKETS TO ONE OF THE STANDS FOR WEEKEND RACES ARE ALREADY SOLD OUT!
Последние новости Все новости
29 February 2016 THE BEST BIATHLON EUROPEAN CHAMPIONSHIPS IN THE HISTORY HAVE BEEN CLOSED IN TYUMEN
29 February 2016 FLORIAN GRAF WINS MASS START OF EUROPEAN CHAMPIONSHIPS
28 February 2016 LUISE KUMMER OF GERMANY BECOMES A CHAMPION OF EUROPE IN MASS START
Все новости
MainAbout The EventNewsGalleryAbout TyumenSports FacilitiesFor City GuestsFor Mass MediaMass Media AccreditationCompetition Descriptions