EVGENY GARANICHEV WINS THE THIRD GOLD OF THE CHAMPIONSHIPS FOR RUSSIA 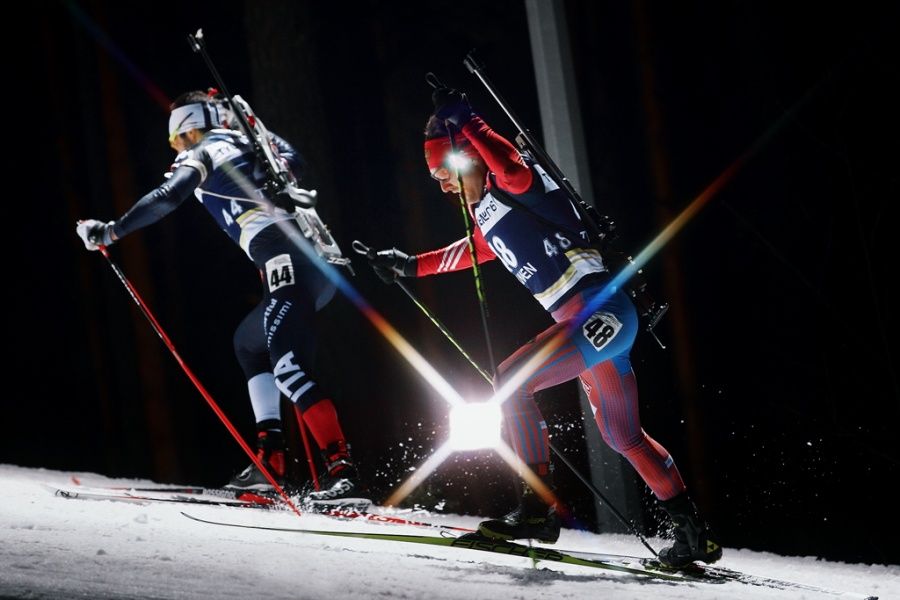 Evgeny Garanichev from Tyumen got a double-digit victory in men’s sprint on the second day of European Championships.

Silver was won by Henrik L’Abee-Lund of Norway. 4 seconds back the Norwegian athlete finished Anton Babikov, who got bronze in the race. By the way, both Norwegian and Russian athletes showed clean shooting, while Evgeny had one missed target in standing.

The weather in Tyumen was warm today with plus degrees Celsius, it became a bit colder in the evening so athletes that were starting after 40th position had some advantage on the track.

«It is such a pleasure to win in Tyumen. My performance was good today, I felt quite confident on a track even with one missed target. Thanks to out team of coaches that was leading us along the distance on every uphill», – said after finish a two-time champion of Europe 2016.

«I’ve never been participating in the races before the world championships. That is why my experience on European Championships is sort of an experiment. Upon its end I will fly to Moscow and join the team before going to World Championships in Oslo», – told Garanichev.

«I’ve never been to Tyumen before. “Zhemchuzhina Sibiri” is a perfect biathlon center. And local fans are great too», – said Henrik L’Abee-Lund.

«I am very satisfied with my result. My shooting was clean. Still, it was a bit nervous to wait for the rest of the athletes to finish. I was really glad to stay on a podium», – confessed Anton Babikov.

After the end of the second competition day Russian team has 3 gold medals. Germany has 1 gold, while Norway has 1 silver and 1 bronze.