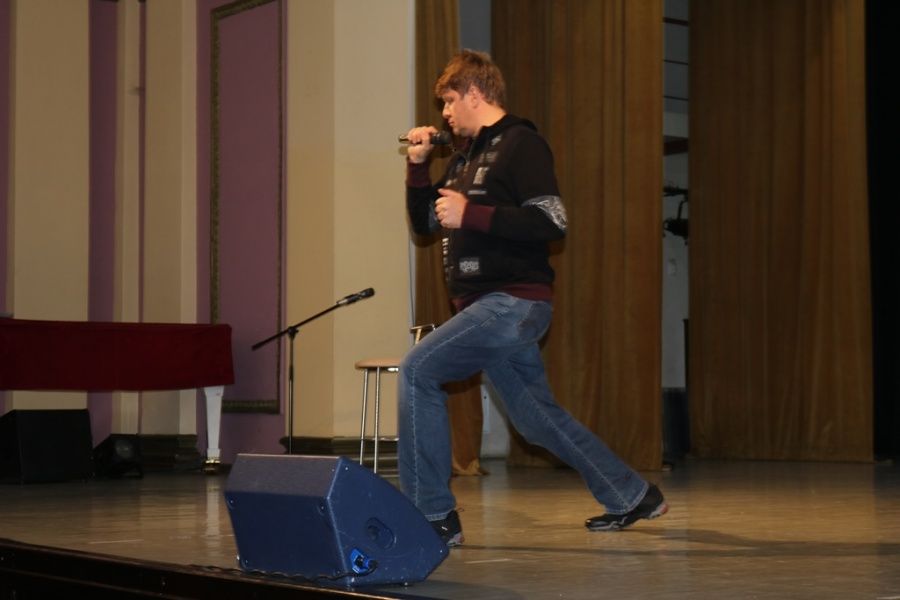 Yesterday a famous biathlon TV commentator Dmiry Guberniev had an informal meeting with sport fans. Around 350 people wanted to talk to “the voice of Russian biathlon” in the culture palace “Pioneer”.

During the meeting Dmitry was making many jokes, answered tricky questions, told about the work of sport journalist and commentator and even sang some songs accompanied by guitar.

“According to the statistics, the majority of people watching biathlon are women.. That is because sometimes it resembles a soap opera” – shared his opinion Dmitry Guberniev.

“Love and hate are just one step apart. And it is clearly seen here. For example, I am sure that Darya Virolaynen will be an Olympic champion one day and then she will be praised to the skies”, – supposed Dmitry.

It is worth noting, that the biggest part of the audience was visitors of Tyumen. This was founded during an improvised roll-call.
“I am very touched to see a full hall wanting to talk to me. Thanks to everybody”, - summarized the commentator.

The authors of the best questions have received gifts from sport training center presented by Dmitry Guberniev.